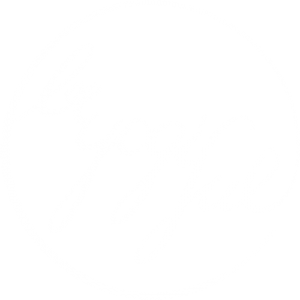 Yoga has been developed over several thousands of years from a rich cultural tradition.

This style of Yoga was created in the early 20th century by Sri T. Krishnamachaya, who called it Ashtanga Yoga. He referred to the 8 limbs of Yoga according to Patanjalia´s Yoga Sutra.

In the 1970s Ashtanga Yoga came to the West through Sri K. Pattabhi Jois, one of the first students of Krishnamacharya.

Today, Ashtanga Yoga is practiced all over the world and is an integral aspect of many new forms of Yoga.

Ashtanga Vinyasa Yoga is a style of Yoga, connecting postures (Asanas) and deep breathing (Ujjayi). The synchronization of movement and breath (Vinyasa) is done in a specific sequence (series).

This creates an inner heat in the body, which enables the practitioner to achieve stronger stretches and improved flexibility.

Another essential element of Ashtanga Yoga is the conscious contraction of inner groups of muscles (Bhanda).

This technique is very effective.The body becomes noticeably stronger after a short period of regular practice. By stabilizing the body together with steady sequences of movements, it is possible for anyone to integrate Yoga into daily life and to develop their own personal Yoga practice.

Once you are familiar with the Vinyasa system, you can walk into an Ashtanga Shala anywhere in the world and join the practice. This is a great experience and feels a little like being at home all over the world.

At the same time, you will notice little differences which may provide valuable input for your own practice. The combination of this universality with individual characteristics of teachers and students is part of the special magic charm of Ashtanga Yoga.

AYInnovation® honors the ancient roots but at the same time draws attention to the intrinsic liveliness of any tradition. This underlying principle links the old and the new by combining the traditional Ashtanga Yoga practice system with the latest scientific findings, especially from the fields of medicine, movement studies and psychology.

The rhythm of motion are combined with a new precision. The age-old techniques of vinyasa, bandha and drishti are employed to create a meditation borne by the breath.

This approach allows you to develop your own, highly individual yoga practice adapted to your personal needs – from therapeutic-preventive to athletic-acrobatic.

The 8 Limbs of Patanjali`s  Yoga Sutra